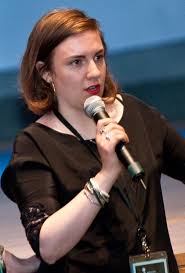 I didn’t think I would weigh in on the Lena Dunham controversy this time. I did almost a year ago, the last time she made headlines for her comments on endometriosis. I pleaded with my community to be compassionate; to listen to her and to see our own stories reflected in her struggles to find a pain-free path forward. She responded to my story. At the time I was brand new in activism, and I am still am, having fallen into the role after decades of suffering subpar surgeries and useless hormone treatments. I had found excision, and now I was going to proselytize in a way that would make Jimmy Swaggart swoon. Dunham and I had a few exchanges on Twitter, talked about recovery and excision, and that was that.

Nine months later, and Lena is in the news again for her essay on having had a hysterectomy at 31. It is a raw, beautiful, moving and heart-breaking account of what it means to remove an organ and its purpose from one’s body; in this case, the purpose to carry a child into the world. It is never a decision taken lightly, and I imagine her pain was excruciating and relentless to have even considered it. I can imagine it because it was the same pain and relentless agony that led me to the decision at the age of 37, albeit after fertility struggles, IVF, miscarriage and two healthy children. While it was still a difficult and oh-so-final decision, I have no regrets. Excision for endometriosis alone would not have solved my pain; pathology confirmed my uterus was positive for adenomyosis, a word that was not once mentioned in Dunham’s essay. This, and this alone, is the crux of the matter for the many women who have spoken up and are being taken to task for shaming Dunham’s choice to remove her uterus.

Adenoymosis is the presence of glands within the uterine walls. “Adeno” means glands, “myo” means muscle, and “osis” refers to a condition or process (in this case, a disease process). Endometriosis is the sister or distant cousin to adenomyosis depending on the physician you speak to. Way back when, adeno was referred to as “endometriosis interna” and endo as “endometriosis externa”. A misnomer, endometriosis is the name given to the condition where lesions containing glands and stroma develop throughout the pelvis and beyond: on the bowel, bladder, ureters, peritoneum, diaphragm, lungs, etc. It is the term that Dr. John Sampson coined in the early twentieth century when he thought it was endometrium from a woman’s period back-flowing through the fallopian tubes to other parts in the abdomen. We now know that endometriotic lesions are not identical to normal endometrium, though there are similarities. Rarely does it grow on the uterus itself. A hysterectomy will rid a woman of adenomyosis; it will not rid the body of endometriosis. Most true experts do not believe that back flow is the main theory of origin of endometriosis; for a doctor who does believe in retrograde menstruation, removing the uterus would solve the problem. For the many, many women who have persistent endometriosis pain following surgeries, hysterectomy, and ovarian removal, this is problematic, and results in many women being ignored by their routine gynecologists. In their eyes, if they have removed the root cause of endometriosis (a defective uterus), the patient cannot possibly continue to suffer from the disease, and so she is shuffled off to another doctor, or worse told it’s all in her head. Quite simply, if the lesions are not removed from the other parts of her body, removing the uterus will be ineffective; if the patient’s issue is adenomyosis, a hysterectomy will indeed be effective.

I’m not sure why Dunham never mentioned the possibility of having adenomyosis in her essay. It was a missed opportunity to educate women. I had never heard of the word adenomyosis until one month before my hysterectomy. I had never heard the word from the numerous gynecologists that came before my excision surgeon. I certainly never heard the word on television or reading. If I had picked up a magazine article that talked about adeno, I would have been able to understand that there were two disease processes going on; I would have learned that hysterectomy wasn’t a cure for endo but is effective treatment for adeno. But I never read that article. That article didn’t exist.

What did exist were quality patient groups on Facebook and patient organizations that are voluntarily run in most countries. When I found these groups, I met these incredible women who were fighting for me to arm myself with as much information possible. These women didn’t know me, didn’t owe me anything, and yet they spent their time educating me, answering questions and never turning me away. They certainly never shamed me.

These are the women that are now being accused of “full-voltage, prescriptive-maternalism” These are the women answering overflowing patient organization email inboxes , after having completed a full day at their actual paying job. These are the women on the front lines of reproductive justice — the women accused of shaming Dunham for her choice are the ones fighting for us to be able to keep our uteruses, just as much as they are fighting for our right to have them removed. These aren’t women hell-bent on tearing another woman down; these are maternal figures who in some cases have had their ability to actually *be* mothers taken away either by this disease or by misinformed doctors barreling forward with the idea of hysterectomy as definitive treatment for endometriosis. These are our heroes, a word that of late has become banal and overused. I use it here with the full weight of the word, a weight that settles in the space that used to be occupied by my womb but that now fuels me to fight for other women who are what I used to be: alone, afraid and uninformed. I can feel compassion for Dunham while being concerned that her essay may have the unintended consequence of convincing a woman that hysterectomy is her only option to end the pain of endometriosis. I can respect Dunham’s personal choice while also expressing dismay that her story will lead to media coverage wherein women will continue to be given misinformation in the form of click-bait articles that get almost no details about our disease correct. These things are not mutually exclusive. We can no longer ask and expect the media to provide accurate information; this is a task we now understand to be our own. So please, do not accuse us of shaming or being oppressive when we are only trying to do what is right — disseminate accurate information after centuries of myth, misdiagnoses and mistreatment. If you aren’t going to join us, please step aside.

Today I am not asking for compassion for Lena; it goes without saying that we should hold her up and sympathize. What I am asking of you is to have compassion for the women whose faces you do not recognize and whose names you will never know, but whose past, present and future toil may mean the difference between future generations continuing down the same dark, agony-filled path we have blindly travelled down for centuries and future generations who, armed with knowledge, are treated swiftly and never need know the sting of infertility or the decades-long suffering that has become the anthem of the endometriosis patient. I for one am proud to be associated with these women; these are the women that are saving our lives.

This piece was first published via Medium on February 18, 2018

2 thoughts on “It’s Not About Lena Dunham’s Choice; It Never Has Been”